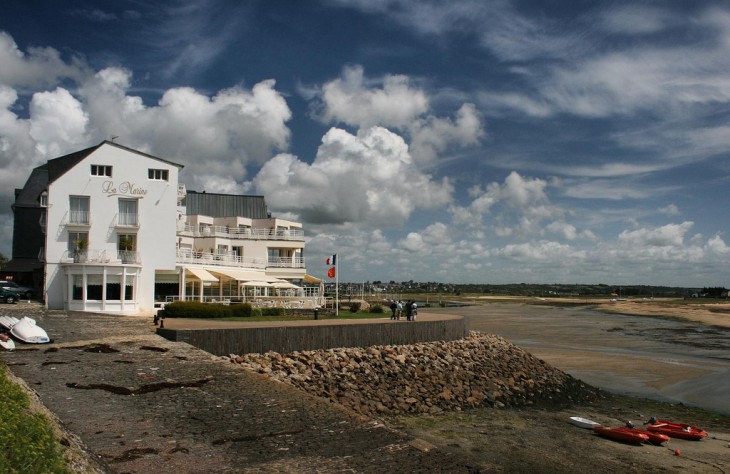 Bonsoir … I’m in France and wanted to jot down a few of my experiences with roaming data and costs.

As we sailed out on the ferry leaving Poole Harbour, the first thing I noticed was how far the O2 signal stretched. It seemed I could still twitpic at no extra cost (on the iPhone data bolt on) quite a long way away from land.

The second thing worth noting was that when the signal did die, the boat’s own GSM mast kicked in and (voice) roaming was available during the full 4 hour crossing.

As I have Twitter setup to use the free SMS service, I was still receiving txt updates from the people I had selected to monitor (plus any DM’s) I could also tweet by sending a reply to the SMS number – though I assume the cost of sending will be on roaming charges.

Once we landed I got SMS messages from O2 detailing 35p for outgoing calls, 18p for incomming, 11p to send SMS and £3 per MB for data.Although I have been informed that I would be paying for a proportion of the cost of any incomming calls when abroad, I have not read or been informed of any charges for incomming SMS?

When I fired up the netbook with the Three dongle I got a message that roaming data would be charged at £1.25 per mb. Much better than O2 but still pricey – especially if some application decides it needs to perform a background update! 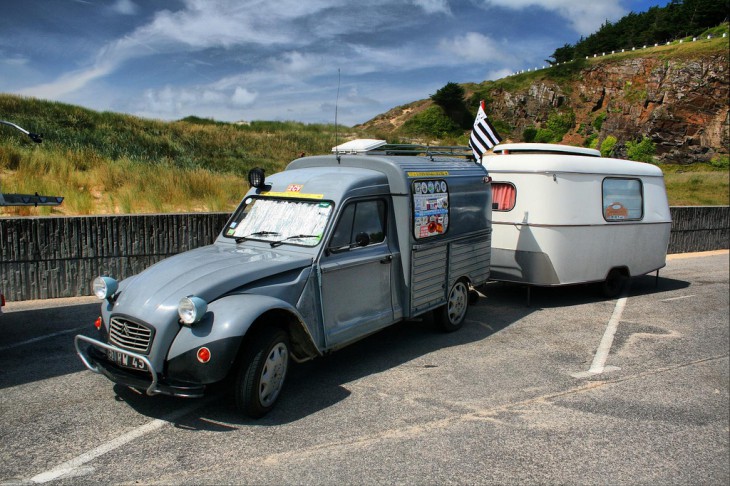 You can buy a roaming data bolt on with O2 before you leave and this brings the price down. I think 50mb with O2 was £42. You need to reset your useage monitor and keep checking it to ensure you don’t go over. I would also turn roaming off and on as required to ensure it’s not left downloading upates or voicemail (you can get voicemail by dialing instead)

That being said, the iPhone is actually brilliant at conserving data once in an app. For example, the Facebook app is very light weight with no downloading of adverts or full pages of crap. You just get the important data. Twitter apps can be set to store avatars locally and only update the latest tweets rather than a full page refresh. Even Google maps has been excellent on data use – and being in an unknown location is a perfect opportunity to fully use the Local Search features. On the other hand I’ve found that using Safari on the iPhone is ripping through data as it loads full res pages for zooming into. Maybe there is a text only browsing app?

One thing I will say, is that I’m actually impressed with the ammount of notification and messages I’m getting about costs. Once apon a time you would be totally in the dark and just cross all fingers that it wasn’t going to cost an arm and a leg when you got home (and it always did) 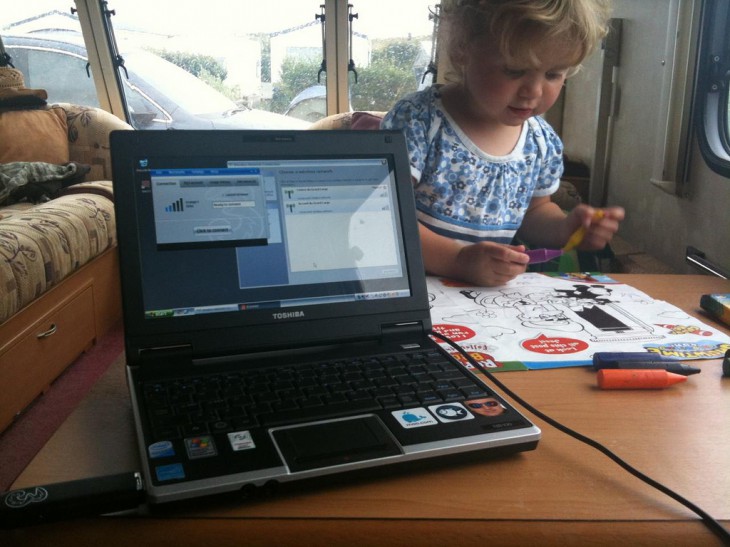 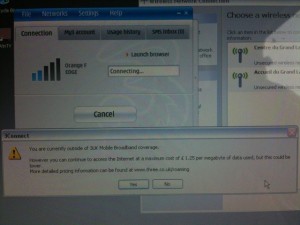 The other thing I was looking out for was WiFi hotspots. I found two signals on the site I’m on and have purchased 120 minutes for 6 Euros – the 120 minutes never expire so you just log off and come back on later. I think this is pretty good as some want a load of money for a 24hr slot when in reality, I can work offline and only login to post data or download email.

But for now, I’m writing this offline on the iPhone in landscape mode and will connect to roaming data and publish this with a minimum amount of data used. OK, it won’t look fancy, but it may just be slightly informative? 😉