After helping launch the world’s first electric campervan at the NEC last October (2014) I finally got the chance to take it out and give it a right good thrashing! 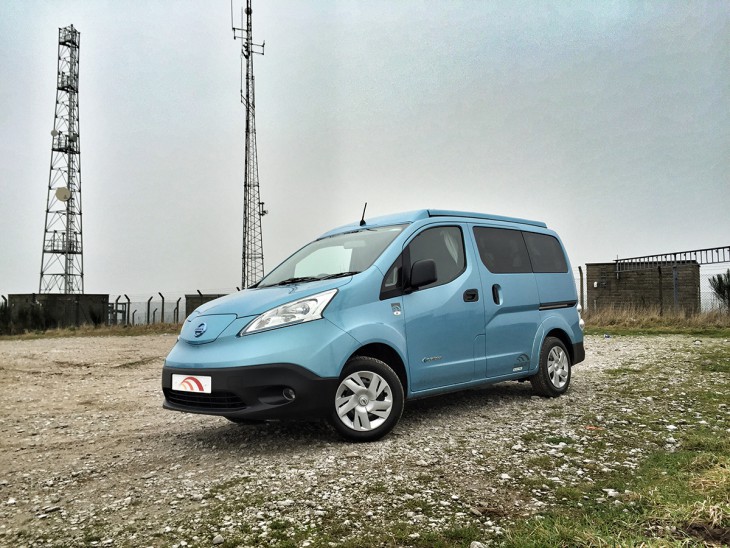 Over the last 6 months, Fish Media has been working with a Derby based campervan conversion company – Hillside Leisure – to update their website and create new social media channels and I finally got the opportunity to test their exciting new development – a micro campervan conversion based on an electric Nissan e-NV200. Amazingly, even in the year 2015 it’s actually the FIRST commercially available electric campervan to buy in the World! 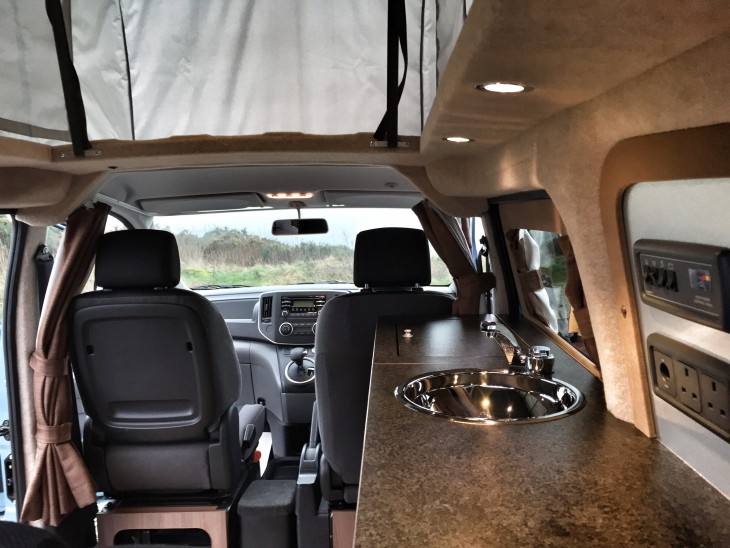 I must admit not knowing an awful lot about the #EV scene and was somewhat nervous about driving an electric vehicle for the first time. Milk float always sprung to mind whenever anyone mentioned an all electric drive-train and I wasn’t sure what sort of performance you can expect out of an electric motor. I’ll tell you now, it’s got bags of torque! and cutting to the chase, I buried my foot at the lights and it shot off like a rocket. It’s probably not the best way to preserve the battery, but it’s great to know that the power is available if you need it. 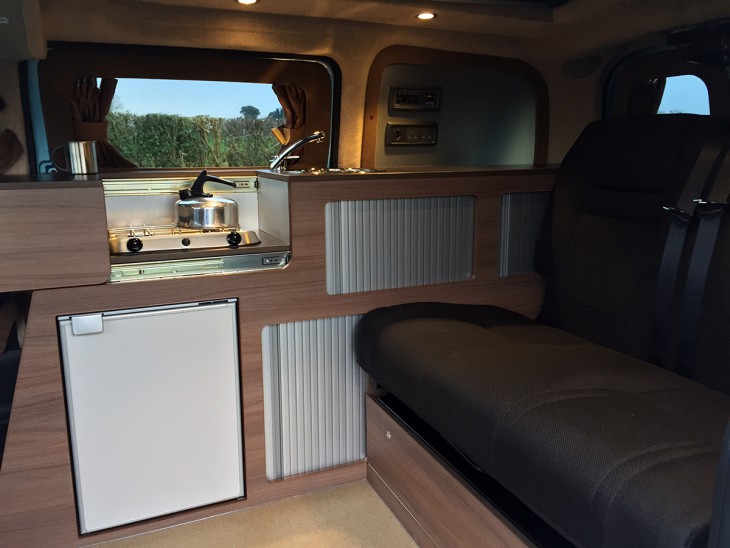 One of the reasons for owning a campervan, is of course to drive, explore and camp overnight and I initially thought that an electric campervan wouldn’t really be able to provide the range required for this. However, after really getting down to the nity gritty of the vehicle I’ve realised that living in the middle of the UK is probably an IDEAL location for owning one. In the year, my family mostly use the campervan at weekends and use it to get away for a couple of nights. We rarely travel over 100 miles before we’re stopping for some sort of tea break, wee break or lunch so there’s no reason why the route couldn’t be plotted to stop at a fast charge station and plug in for half an hour. Half an hour on a fast charge port will get the battery up to 80% charged and there are charge stations dotted all over the UK on the major routes. The advertised range is up to 105 miles on a full charge, so even if you charge at home, stop once and then charge at the destination your’re looking at close to a 200 mile radius.

Distances from Middle Earth (The Midlands): 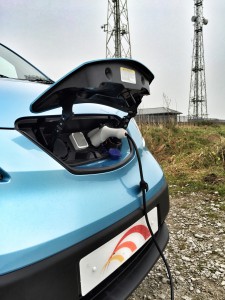 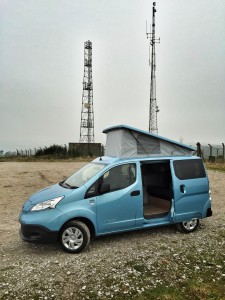 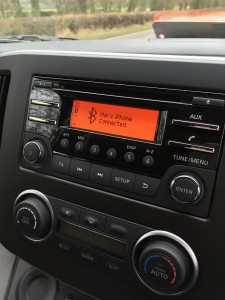 So, having an EV charged at home ready to go and stopping to charge on route doesn’t actually seem such a daunting idea – especially when you throw in the fact that the Nissan dealer network offer FREE charging and charging at home can cost as little as 2p per mile. If you can cut nearly a hundred quid worth of fuel out of your weekend excursion, it’s got to worth considering? As a daily driver, well that’s a no-brainer – getting to work and back (9 miles each way for me) on a single charge would be a doddle and over a year that’s a mammoth saving. With zero road tax and loads of government incentives to go electric, now really is the time to consider swapping from diesel (not to mention the zero emissions).

I wouldn’t like to use it to take us on a Road Trip to the South Of France and back, but as a micro camper and day van it’s a serious consideration.

For my full review of the campervan including the conversion features that include a pop top roof, rear bed, hob, sink and full storage units, read my post: The Dalbury E – Electric Campervan Review