When someone mentions “Coast to Coast” in the UK I usually think of the popular route across the country that starts in the Lake District and ends in Whitby. Our recent campervan road trip version of Coast to Coast followed a slightly peculiar route based on the weather forecast at the time – from Cornwall to North Devon through Derbyshire to Lincolnshire!

Here’s a few panoramic photos taken at the main destinations (click to enlarge). We started the adventure at The Saunton Sands Hotel in North Devon, our favourite destination since we had our Honeymoon there exactly 14 years ago. Views of the coast from the hotel grounds (and rooms) are simply breathtaking and it’s such a treat to sit on the terrace or by the pool with a beer taking in the scenery.

A view of the sheer expanse of sand on Saunton Sands beach.

Croyde Bay is just around the corner.

This is a little bay called Hele Bay not far away near Ilfracombe.

Moving down and into Cornwall, this is Looe beach just before the rain started and everyone scuttled for cover just like little crabs.

We found another little bay near Looe called Talland Bay. There’s a cafe called The Smugglers Rest that you can park in for free if you sample some of their wares.

Heading back up towards Croyde, we stopped at Crooklets Beach in Bude.

And camped right next to the beach in Croyde Bay. 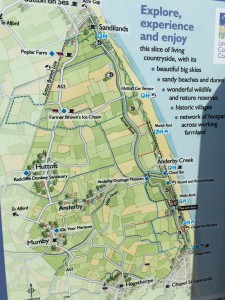 After being washed and blown out of our campsite in Croyde we decided to head out of the danger zone and crossed to the other side of the UK (via a quick stop at home in Derbyshire) and stayed at a campsite in Sutton on Sea. We visited a few spots on the Lincolnshire coast between Sutton on Sea and Chapel St Leonards.

We found Chapel Point to be convenient (and a lot less busy than North Devon) with a cafe and all day parking for only £1. 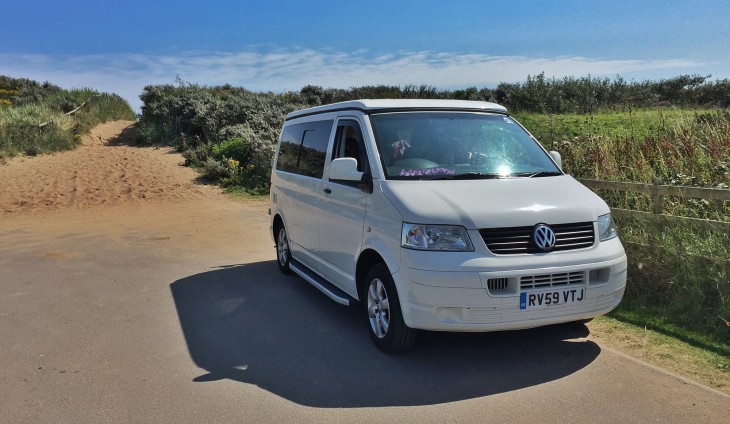 And then we drove home!